At first, they say I'm ordinary
but then they'll notice my contrary.
A secret weapon that lies beneath
and shows its might when I'm in defeat.

Attacking numerous incantations
that can burn their hearts with bad emotions.
Spitting spikes of deadly thorns
that cuts even the evil's horns.

Nothing can stop the intense it made
especially when out of its lake.
Too bad for someone who receives
the damage that will forever live.

So powerful not because of size
but because of its own words and lies.
It's a shame that I used it for evil
and not for appreciating civil.
Posted by Artistmat a.k.a. Matthew Sanchez Chua at 6:27 PM No comments:

Email ThisBlogThis!Share to TwitterShare to FacebookShare to Pinterest
Labels: Poetry

A Poem To Remember

I REMEMBER THE TIME WHEN OUR TEACHER, MR. JOSE RIZAL O. DAPAT, TOLD US TO MAKE AN "ON THE SPOT POEM" REGARDING LOVE, POVERTY, POLITICS, RELIGION AND ANY KIND OF TOPIC THAT WILL CATCH THE TRUE ESSENCE OF LIFE AND IN ORDER FOR HIM TO KNOW WHETHER HIS STUDENTS GAIN SOMETHING FROM HIS LECTURE ON POETRY MAKING. THIS IS WHAT I HAVE DONE
ANG PANTASYA NG AKING DAMDAMIN 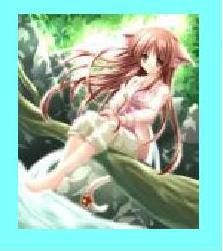 
Special thanks to my professor for without his full effort of teaching and inspiring us, I will never discover my potential in poetry-making
Posted by Artistmat a.k.a. Matthew Sanchez Chua at 5:44 PM 2 comments: