Indian Movie: Like Stars on Earth Every Child is Special

I finally had the time to watch "Like Stars on Earth Every Child is Special". This movie was recommended to me back then by my three friends. They gave me the impression that it is a must-watch movie, but it took me ages before finally watching it. And upon watching... the rest is history. It just made a mark on me.

The movie talks about a boy, who struggles from catching up with his school lessons. He has been labeled lazy, dumb, stupid, and any other harsh adjectives there is that can be associated with his poor performance in school. But amidst his poor academic state, he stands with a gift. He has the gift of imagination, which allows him to see a world that is completely different from the world seen by ordinary people.

He is a talented boy, but people doesn't see his worth. Everyone, including his parents, were blinded by things set forth by norms. And this poor boy continuously lose his confidence until a new art professor stepped in and started noticing his struggle. This art professor took time understanding him, started caring for him, and began transforming him into what he should become. At the end of the story, that poor worthless boy became worthy to the eyes of everyone. Such a success story to end.

This movie made liter of tears came out from my eyes. It is such a masterpiece to begin with and it gave me the time to rethink things all over again. This movie gave me the chance to look back to my younger years and contemplate on how I struggled with my earlier academic life; it gave me the opportunity to appreciate the people around me, who have greatly contributed to my character and belief; and it gave me the perfect reason to continue my advocacy and to bring that advocacy to the next level. Truly, this movie is an eye-opener, which everyone should take time watching.

If I will be asked to end this post by giving a simple thought that would give justice to this movie, it would be something like this:
Let's stop looking and start seeing.
Let's not look for something that's not there. Instead, let's start seeing things that we often neglect. Let's start seeing those gifts hiding in each and every individual; let's start realizing their true worth; let's start appreciating their gifts; and let's start seeing them as a new and valuable people. And at the end of the day, we will realize that these people are special and we need them for us to see how beautiful this world is.
Posted by Artistmat a.k.a. Matthew Sanchez Chua at 12:56 AM 3 comments:

Disconnect: A Reflection of Love, Responsibility, and Value 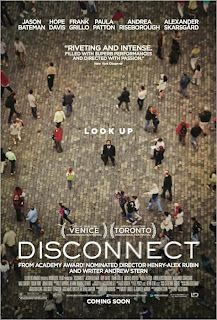 Three different stories, one common place - the internet. "Disconnect" is a powerful movie, which portrays three facets of normal life gone tremendously wrong because of how they behave on cyberspace. 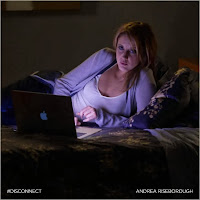 The common element among these three stories is love. Love in different form and how people want it. This kind of element led characters of this movie to become more attached with the internet and behave irresponsibly. And as consequences of their acts, they fell victims of destroyed relationships, exploitations, cyber bullying, and even suicidal attempt. The plot revolves from how these three lives were changed because of their irresponsible behaviors and how they dealt on it. At the end of the story, one element emerged - value. 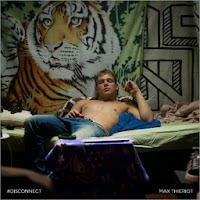 Photos courtesy of Disconnect
Posted by Artistmat a.k.a. Matthew Sanchez Chua at 10:53 PM No comments:

Academe: A Dream in Progress 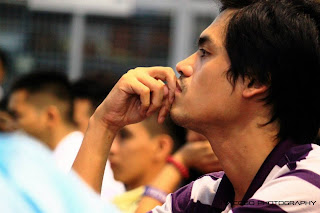 Not so long ago, I dreamed of entering the academe. It was not a good choice for the majority. But for me, it was one of the nicest and selfless decisions I had made. One thing that convinced me to enter the academic world was my belief that teaching is my simple share towards nation-building. It was such a noble belief I had there, which made me desire more to become an academician.


Now, my simple dream has finally became a reality. I am now an academician and I teach architecture. I started this career last June of 2013 and since then, I became a much better person. It was a blessing, indeed, to finally see myself in a whole new perspective wherein I work not just for my own good, but for the common good of everyone. And even though there are a lot of sacrifices to take, I still am grateful for this career.

As of the moment, my journey as an academician is still in progress. And I don't see any reason to stop because I still need to pursue effectiveness. Being a teacher without the value of being effective is useless at all. And for me to become effective, all I need to do is to hone aspiring architects. 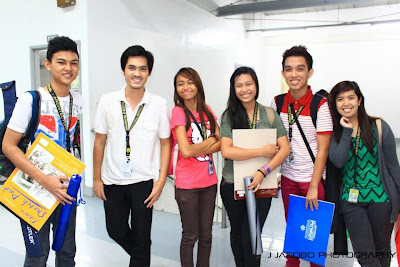 I need to exert a lot of effort and patience in molding my students into warriors. I need to prepare them for their battle as they face life's challenges and surprises. I do need to inculcate in their hearts the value of becoming selfless. And lastly, I need to reshape their perspective for them to know what they are capable of. I need to do all of these simply because... I have a dream. I am dreaming of developing great architects, young achievers, and new generation of nation-builders.


I am an academician... and this is my dream.

Photos courtesy of J Jacobo Photography
Posted by Artistmat a.k.a. Matthew Sanchez Chua at 12:32 AM No comments: