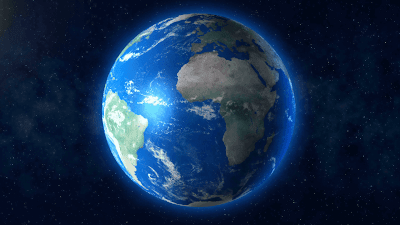 Find Me on Patreon

Earlier this day, I finally decided to join Patreon. For those, who are not yet familiar with it, it is an online platform for creators to share exclusive contents with their subscribers/patrons. With Patron, creators can easily mobilize things they are passionate about because of the monetary support that patrons give through their monthly subscriptions. This is a drastic move for me simply because becoming a Patreon creator means being committed to my patrons and being accountable for their monthly subscriptions. This decision was made out of the need to explore and expand my horizon as a writer.

For those, who have been with me since day one of this blog, you do know that this was created as my platform for me to reach a certain goal - to become a writer. Here, I grew as what I am today. This new venture will be my new platform for exploring unfamiliar grounds. The output of which will be exclusively shared with my patrons. Nothing to worry about the fate of this blog. This will still be running and I'll still post articles, prose, and poems here for you to read. You'll still witness my evolving works as I mature more. But if you would want to see me grow using a different genre, you have to subscribe to my Patreon page. 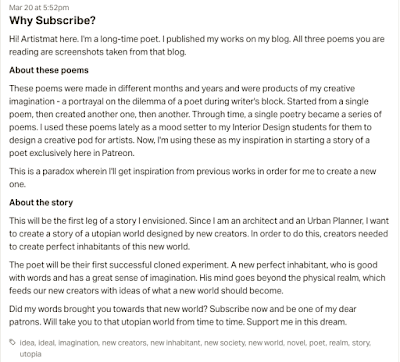 If you want to support me, kinldy click HERE.
Posted by Matthew Sanchez Chua at 11:38 PM No comments: