Artistmat, much known as Arch./EnP Matthew Sanchez Chua outside the cyber world, is a simple person wanting to make extraordinary results out of ordinary stuff. As a blogger, he chose to call himself as cause-advocate blogger because he believes that cause-oriented articles should be written and should be read by people across the globe. As a believer of change, he uses his blog to somehow change the way people perceive on things by using inspiration, hope, and dreams as his primary elements in blogging. He wants his readers to realize that hope is just around the corner; that dreams are very much achievable; and that inspiration can make a  big difference on someone's life.

Aside from being a blogger, Artistmat is also a devious artist. His works are available at DeviantArt and artists alike know him as Zymedruoun. Using his photo manipulation skills and his eye for designs, he continues to showcase his advocacy on most of his artworks. Still, this has something to do with his chosen path - leadership.

The primary reason behind his choice to write inspiration-injected articles rather than writing common and much popular topics like food, travel, or showbiz issues has something to do with his leadership journey. Artistmat is part of the Youth Leaders for Knowledgeand Development (YLKD) Program Pioneer Batch, which was started as a nationwide leadership search conducted by the Ateneo School of Government and World Bank. The aim of such program were: to gather top 100 young leaders of the Philippines having different leadership background and advocacy; to expose them on different issues the country is facing; and to train them as active change-makers that this country needs.

Outside the cyber world, Artistmat is a graduate of Bachelor of Science in Architecture at the Technological Institute of the Philippines (April 2009). He passed the architecture board exam on June 2011. He is also a graduate of Diploma in Urban and Regional Planning at University of the Philippines Diliman (April 2014) and passed the board exam on June 2015. He is currently in the academe and is also doing freelance works in the fields of architecture and urban planning.

He is also active in volunteering activities as he is one of the board members of U! Happy Events (a foundation for kids). Serving and entertaining kids is what he do with the foundation during his spare time. 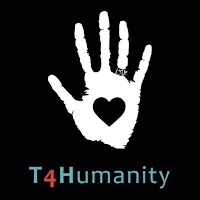