The top three winners of the Weebly Theme Design Contest has finally been unveiled to the public. The said contest ended its submission last April 30, 2010 then followed by the announcement of the top ten entries, which have been judged by well-known people respected on their specific field of art expertise. It was recalled that the top ten entries has been announced to the Weebly community few weeks ago letting the community of web owners/makers decide the best theme through casting of votes. The last step did made a huge response from the community and thus, the top three entries has been named!
The top three entries were named 1st place, 2nd place, and third place, which will accept a prize of $10,000.00, $2,000.00, and $1,000.00 respectively. Now, without further introduction, let me introduce to my readers the top three winners of the Weebly Theme Design Contest. 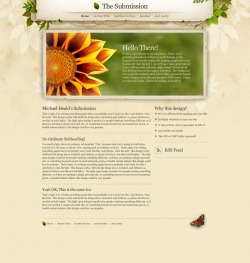 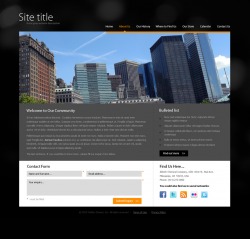 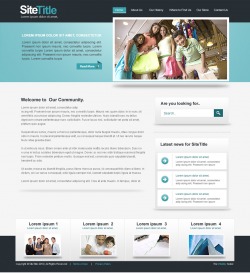 3rd Place - Clean, Crisp, & Structure by Frederick Rosales
The top three winners, and as well as the top ten, will have a very rare opportunity of seeing their works being used by website owners/makers worldwide. For readers who want to see the exact article announcing the top three winners, you may click HERE.
Posted by Artistmat a.k.a. Matthew Sanchez Chua at 12:14 AM