Chaotic, disastrous, and catastrophic are just few of the many adjectives that could be used when describing the state of this planet right after climate change has delivered its final terror. Quite scary, isn’t it? Who knows? Maybe it would be just the beginning of a much greater terror – the final chapter of this earth.
Climate change is such an interesting and very relevant topic to be discussed by people especially by young leaders, who’s eager to be part of a solution. That’s why climate change was the chosen topic for our kapihan session for the month of January, which was held at the De La Salle University. This highly controversial topic was delivered to us, young leaders, by Dr. Neric Acosta (a.k.a. Teacher Neric). 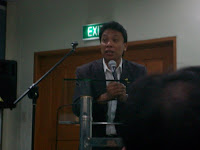 During the discussion, Teacher Neric opened our minds with thought-provoking scenario by showing us his previous study that shows the would-be state of our country after climate change has shown its final swing – we’re history! But that’s not all. He also opened our hearts by emphasizing our responsibility and impact to the environment and to the world.
He emphasized to us that whatever we’re engage in; we do have such an impact to the world and to its ecosystem. That’s why we, young leaders, should always keep our responsibility as much as we can because in the end, it is always our call. Just by thinking to the thought that he’s given, one would say that responsibility is the main key in decreasing the worsening effects and would-be effects of climate change. Definitely! And as I continued to listen to him, I was been reminded by the way I use to perceive our behavioral relationship with climate change.
As I begin to contemplate about the issue, two fictional characters would always enter my mind – the mad scientist and his invention, Frankenstein. Why them? Well, for instance, the mad scientist is a very intelligent person but has gone insane due to his avarice for fame and power (the reason why he ended up creating ridiculous inventions for him to spread chaos to the entire planet). Frankenstein, on the other hand, is an innocent monster, which is the by-product of the mad scientist’s insanity, equipped with a purpose of bringing chaos to the world. It is so fictional, right? Yes it is. You may be asking me why I have been reminded by these fictional characters every time a much realistic topic has been brought out. Well, based on my point of view, these two characters have already left the land of make-believe and are now part of the world of reality by making us their permanent refuge.
How’s that possible? For me, there’s already a mad scientist residing in each one of us. And based on what’s happening right now, we’ve already created our own version of Frankenstein, which is in the form of climate change. How do I say that? You see, the mad scientist’s behavior is well represented in our everyday behavior thus, causing climate change to be part of the present reality. We already have created and have brought to life a real monster by means of using our selfish, immature and irresponsible behaviors as our main ingredients. Thanks to us, climate change already has a life of its own - a life that is capable of destroying lives other than its own. By this time, our version of Frankenstein has been busy testing its chaos-planting capability one country at a time until it’ll reach its full potential. By the time it happens, it would bring devastation to a much greater heights. Eventually, the monster that we’ve created will end our own life making us realize that we’ve been defeated by our own insanity – our selfishness, immaturity and irresponsibility.
In the end, regret would be the only word that we could think of. But it’s not yet too late! We can still alter the future that is yet to come by deciding as early as now. We can still decide not to be like that mad scientist, who has been killed by his own wrong motives. We should always put in mind that what matters most are the results of our simple choices. I just hope that we can always remind ourselves that it’s our choice to take responsibility and it’s our responsibility to make a choice… a choice that will be beneficial for everyone (including those generations yet to come). 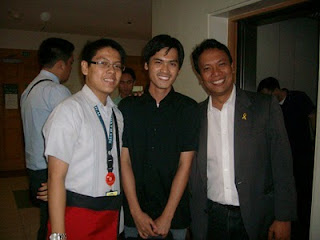