And so the month of September is finally here and Filipinos are starting to countdown days before the much awaited Christmas. Here in the Philippines, Christmas season can be felt as early as September - the start of "Ber" months - and ends as late as... well, as late as until when we have moved on from the reality that Christmas is over.


Christmas season is a "giving" season. This is the particular season when people starts feeling the urge of giving gifts and inflicting joy to companions, colleagues, subordinates, and people in need. One good evidence that giving takes place is the increase of shoppers in malls and in different places that offer items good as presents.


Another good example that giving is evident is the influx of donors and sponsors. These are people willing to give items that are valuable to orphanages and other institutions alike. I've been a part of a particular kids foundation for five years now and I'm aware that volunteering and sponsoring trend increases when this season comes in.


Now that "ber" months are officially here and the concept of "giving" starts to fill in your heart, it's time for you to plan and organize your own "giving" project. Aside from organizing your own Christmas party, it is best to plan a party for other people especially those in dire needs. After all, giving works best when you are able to touch a heart. Do you want to touch somebody's heart today? Start with giving. 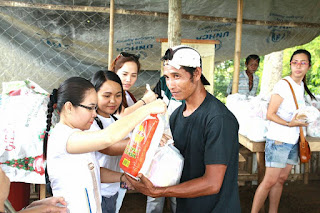 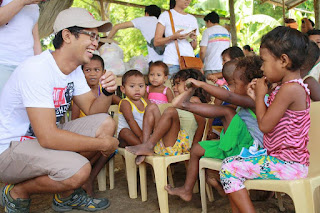 Already determined to start your giving journey but still have a lot of questions in mind such as how, who, when, and where? Watch out for my next article. Thank you for reading!
Posted by Artistmat a.k.a. Matthew Sanchez Chua at 5:13 PM