A Message to My Younger Self 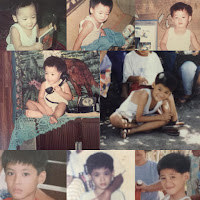 Hey there young dreamer! This is your older self and I'm writing to you in year 2018. I'm still thirty, going thirty one on our birth month. I'm writing this in order for you to know that you shouldn't be worried of what you have become on your thirtieth year here on earth.

I'm still a dreamer at this point in time. I never let go and will never let go. Dreaming is your super power. Never let it go. Dreaming serves as your guiding light. I know how crazily impossible you dreamed at times. But hey, don't give up on it even though people would laugh at you. Sometimes, your dreams don't signify reality, but have encrypted meanings waiting to be deciphered. Seek for those meanings. When you become tired, just rest for a while, but never surrender. I'm reminding you this though I know how aware you are in reaching your desired goals. 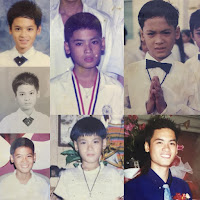 Remember how you reached that small signboard that says "Boarders accepted her." attached to our  house's canopy? Remember how you jumped several times each night until you finally reached it? That memory is still fresh at this point. It showed how determined you are in reaching your one goal. You may have failed several times for several months, but you never surrendered. You pursued until you make it.

Still love drawing? Don't stop. That is your weapon. You drew endlessly just to express your imagination. Just continue to feed your imagination even though father would scold you for wasting your box of crayons. He would buy you several times just in a year. Just keep on drawing. Hone that sword. You'll be needing that soon when you finally enter college and pursue architecture. Yes, you'll pursue architecture and become an architect. I can still remember one time when you reached your teen years and out of the blue, mother told someone that someday you'll become a designer. I had an awkward moment that time because my concept of "designer" was only fashion design. Little did I know that an architect is also considered a designer. You'll design houses someday. I guess, being an architect was really your chosen path even before you knew what architecture is. Remember every time our family goes out of town? You would look at houses and point out those that were made beautiful in your eyes. 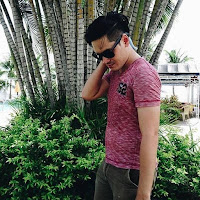 Beauty has been a thing to your eyes. Another reason why you chose architecture, maybe. You wanted to see beauty everywhere. You were blessed to have taste. This can be an argument especially that beauty is subjective. You have your own sets of standards and it will evolve in a continual manner. Don't you worry, kid. Life will teach you. He will be the one to hone your perception on beauty.

Aside from architecture, you will also pursue urban and regional planning. You'll soon become an environmental planner. Affecting people's lives will be your thing. It made you want to reach out for more lives. You'll love how your designs bring impact to your end users’ lives that you'll decide urban and regional planning will also be your thing. By doing so, you'll learn to be objective in whatever decisions you'll make. The word "Respect" emerged. Respect for people no matter what age or gender they may be, respect for the environment, respect for culture, respect for religion, and respect in everything. 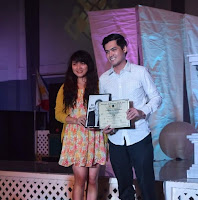 Don't be bothered by how low your self-esteem is right now. You'll get over it. I still do remember how shy you are that even mentioning your name will make you melt. I can still remember how necessary for you to make awkward actions when entering that graduation stage simply because you were so shy to be seen by spectators. Your self-esteem will grow. It will make you confident in facing different people. The crowd will become your audience. You'll develop public speaking as your skill. Speaking engagements and hosting will be part of your life. Your spontaneity will entertain them. Be excited for it.

How about that time when you bought two boxes of wafer the night before your class? One for your morning class and one for your afternoon class. It was so easy to consume two boxes especially that you have bunch of classmates. You went home empty handed and father then told you, "have you been playing santa claus at school?" haha. I must say that giving is in you. You wanted to be a giver ever since. You'll soon become part of an NGO that caters marginalized kids. You'll enjoy it. Trust me. You'll meet a lot of people and you'll have a lot of realizations. Just continue what you do. Just be a blessing to others. You never know what joy it will bring you. 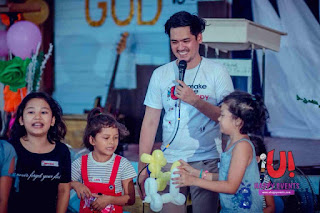 Lastly, on relationships... Yes, you did have several failed relationships. What you imagined as "your first will be your last" isn't a thing in you. Don't be dismayed. There is a reason for that. You may say that you wasted time in spending it to wrong people, but hey... they were never wrong. They were right people. Right people to teach you lessons that you'll carry with you. They were like boot camps preparing you to become the right guy for that right girl. Just be obedient with destiny.

By the time you cross my timeline and read this, you'll reminisce how life was and how fulfilling your journey was. It was never a mistake to be you. Stay as you are - a dreamer and a believer. There were no wasted times, only beautiful memories that are worth cherishing.
Posted by Artistmat a.k.a. Matthew Sanchez Chua at 1:07 PM