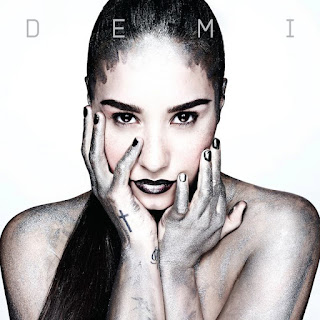 I've introduced Demi Lovato as one of my favorite singers on my previous post. And I've also mentioned the release of her latest album - DEMI. One of those songs included in this album was her song. "Warrior".

"Warrior" is one of my favorite songs and I must admit that I've been playing this song repeatedly (about 10 times or more) during nighttime alongside with "Nightingale". It's my usual habit every time I hear songs that are capable of touching my soul. 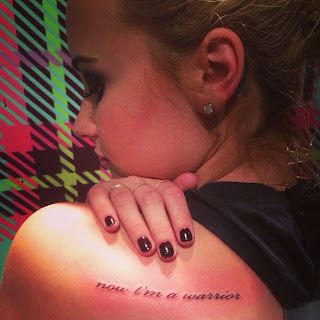 This song was a product of Demi's outburst of emotions, which she got from her dark past. For people, who haven't known it yet, Demi was a victim of bullying and she's just one of those million victims worldwide. With this song, Demi was able to relay to the listeners her feelings and her struggles. And someone, who has the same kind of history, can really relate to this.

This song basically tells the negative effects brought by her dark experiences and how it literally changed the way she perceives life. One thing that is special about "Warrior" is her personal decision to move on from that horrific incident and tries to improve what remains from her. From someone, who's been bruised and wounded, life has to go on. One should get up from that hellish downfall and should continue the battle. Life is a battlefield and we, the survivors of our past fights, shall act as great warriors battling our way towards triumph. Let's stop blaming others for what they've done to us. Instead, let's try to move forward and prove them that we are not weak anymore and we deserve to end this battle victoriously.
"Warrior" is both inspiring and motivational. Let this song encourage you to be a real fighter. Demi was a victim of bullying; she attempted ending her life several times during her younger years; she surpassed her depression; and now, she's still standing up and tries to deliver the message of hope to everyone.

Same with her, I'm also a victim of bullying... and yes, I'm still here pursuing my dreams and I'm here doing my very best in inspiring people worldwide through this blog. Victims of bullying, your battle isn't over yet. Go on, gather your armor, and prepare for your next fight!